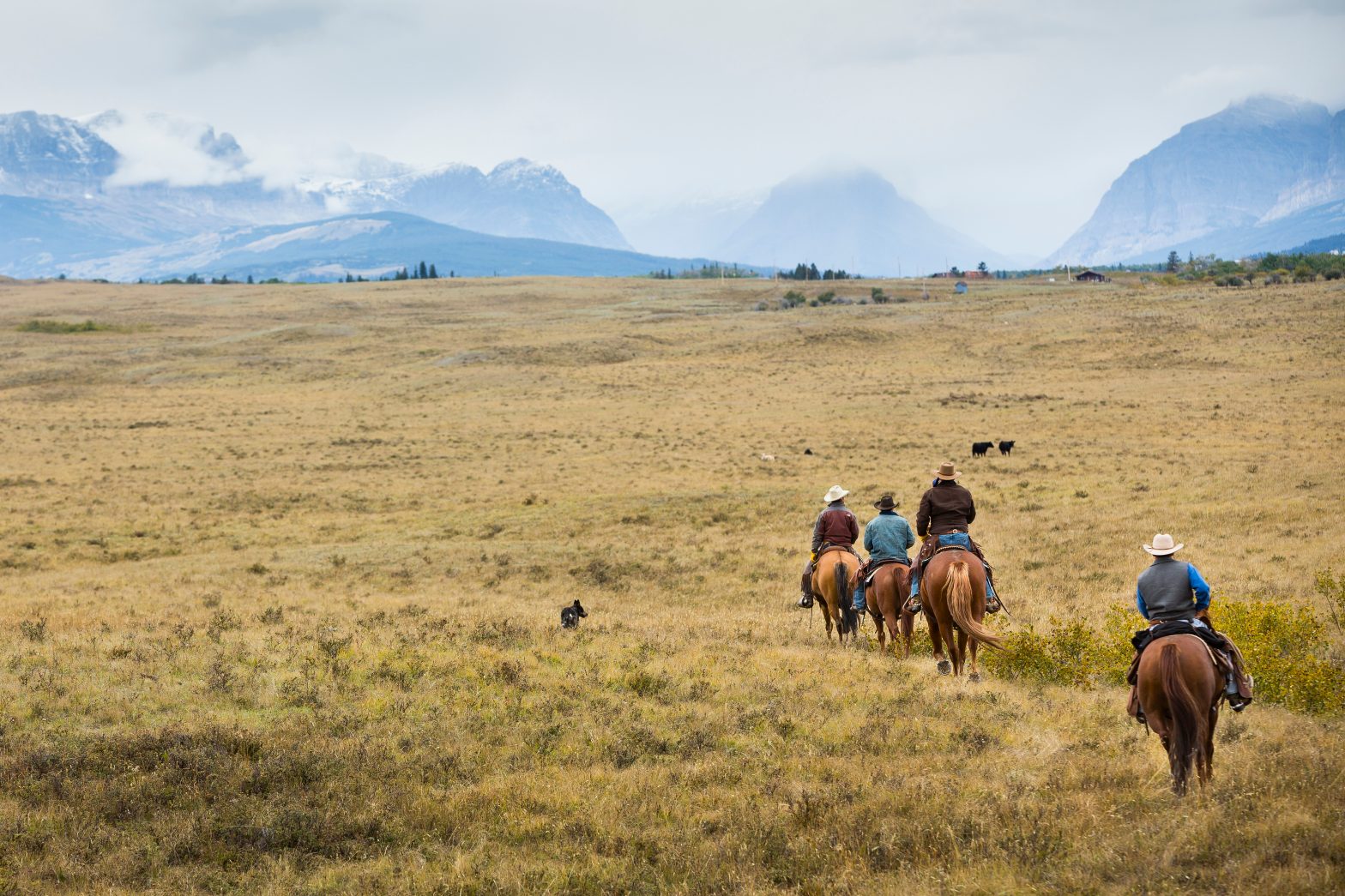 November is Native American Heritage Month which is a time to acknowledge indigenous people’s significant contributions and celebrate Indigenous cultures, histories, and traditions. However, this month also presents an opportunity to learn about the significant shortcomings committed by the U.S. in its over 400-year relationship with tribal nations – especially regarding treaty rights.

Tribal nations have been sovereign since time immemorial. Sovereignty is a legal word for an ordinary concept – the authority to self-govern. Tribal nations have inherent rights to govern themselves in matters that are internal to their communities, integral to their unique cultures, identities, and institutions, and with respect to their special relationship to their land and their resources. Their political relationship with the U.S. government does not derive from race or ethnicity but their intrinsic nationhood status.

The U.S. constitution defines treaties with the sovereign nations as part of the “supreme law of the land,” with the same legal force as federal statutes. The Supreme Court has explained that treaties should be interpreted liberally in favor of tribal nations, as tribal nations would have understood them, with ambiguous language clarified for their benefit. America signed the first treaty in 1778 with the Delaware Indians after declaring independence from British rule. Between 1778–1871, more than 370 treaties came into law, and only Congress may revoke Indian treaty rights.

From 1823 to 1832, Supreme Court Chief Justice John Marshall authored the Marshall Trilogy – Johnson v. McIntosh, Cherokee Nation v. Georgia, and Worcester v. Georgia. These laid the foundation for federal Indian law and the roots of the federal-tribal trust relationship. It also established the treatment of tribal property and resources. These cases determined that:

The United States made various political and legal commitments to tribal nations through treaty-making. Unfortunately, tribal nations are no strangers to violations of their treaty rights. Below are several policy-making eras that came to shape where we are today.

Treaty-Making and Removal Period (1778-1887): The United States negotiated over 400 treaties with American Indian tribal nations, though Congress ratified only 375. In 1830, President Andrew Jackson asked Congress to pass a bill providing for the removal of all eastern tribes to west of the Mississippi River, which Congress designated as “Indian Territory.” Congress passed the Indian Removal Act despite protests that the act violated previous treaties and laws recognizing Indian sovereignty.

Allotment and Assimilation Period (1887-1934): With treaties confining tribal nations into smaller tracts of land, poverty and poor health outcomes rose, leading to higher costs to the federal government. The Dawes Act of 1887 then served to promote assimilation and dividing of tribal nations’ communal landholdings into allotments leading to multiple owners, including millions of acres passing out of trust into non-Indian homesteading.

Termination and Relocation Period (1950s-1960s): Seeing that the U.S. could save money by ending the federal government’s trust and treaty obligations, federal policy focused on ending reservations, dissolving the recognition of tribal sovereign authority, and again promoting assimilation.

The federal government has never adequately funded treaty provisions. It is, however, the obligation of the federal government to protect tribal self-governance, tribal lands, assets, resources, and treaty rights, in addition to carrying out the directions of federal statutes and court cases. The Supreme Court has defined this trust responsibility as a “moral obligation of the highest responsibility and trust.” Indian treaties have the same status as treaties with foreign nations. Because they are made under the U.S. Constitution and are “the supreme law of the land,” they take precedence over any conflicting state law. These contracts represent an exchange and acknowledgment of certain rights, not a grant of rights already held by tribal governments and peoples.

The United States should prioritize improving its over 400-year relationship between tribal nations. No easy answer exists when more than 574 federally recognized Indian nations exist across the country, each with distinctive colonization histories. Still, they share one common demand of the United States, and that is to honor the treaties.

Native American Heritage Month is an opportunity for each of us to learn about our role in honoring treaties and tribal sovereignty. One place to start is to read U.S. Commission on Civil Rights 2018 report BROKEN PROMISES: Continuing Federal Funding Shortfall for Native Americans and OPI’s Essential Understandings of Regarding Montana Indians.

For decades, quality access to the internet has been important for businesses, schools, and communities. However, the global pandemic has made apparent the stark difference in access -particularly in Indian Country. Broadband is a digital road, and like most roads, they take us to places like work, school, the doctor, and stores. They also bring important goods and services into a community. The past year has dramatically increased our reliance on these digital roads. However, for Indian Country, barriers exist, and much of Indian Country has lacked the funding for broadband infrastructure. These challenging times brought a push and opportunity for funding which will be critical for Indian Country to build for the future.

First, it is essential to understand what broadband means. The term broadband refers to high-speed internet access that is always on and faster than traditional dial-up access. A recent national survey by HighSpeedInternet.com showed the net result of Montana on average having the slowest internet of all states, with roughly half the speed of the national average. Broadband access depends on many factors, including whether you live in a rural or urban community. Rural areas, especially tribal lands, lack broadband coverage the most.

Tribal lands often present significant obstacles to implement broadband and are expensive to serve. These challenges on tribal lands include rugged terrain, complex permitting processes, jurisdictional issues involving states and sovereign tribal governments, lack of the necessary infrastructure, and a majority of residential rather than business customers. Higher population density and more business customers incentivize broadband providers to invest in urban communities where they will receive more returns versus spending hundreds of thousands of dollars to serve a few customers in a rural area. With 84% of tribal citizens living in rural and small-town areas of Montana, these populations are more directly impacted by inadequate speeds and access to broadband coverage.

Fortunately, there is some hopeful news.

The federal American Rescue Plan Act (ARPA) brought significant funding to Montana. The legislature set up interim committees to appropriate more than $2 billion in federal funding through HB 632 and designating $275 million of that funding for broadband-related projects. The funding from HB 632 will work through SB 297, creating a grant program to award broadband providers with funding to deploy broadband projects in frontier, unserved, or underserved areas. Tribal and local governments may partner with broadband providers to fund these projects.

Previously, in February 2020, the Federal Communications Commission opened a six-month period in which federally recognized tribal nations or Alaska Native Villages could apply for a broadband license to provide broadband service on tribal land. In Montana, seven out of eight tribal governments received a license. Previously tribal nations had to compete against giant internet service providers with vastly larger capital and staff with technical skills in bidding for the license.  Tribal governments can lease these licenses. However, having their own license and managing their own infrastructure will mean adding high-skilled, high-paying jobs in their communities. Tribal nation’s autonomy over spectrum licensing strengthens tribal sovereignty by increasing the authority of tribal nations to manage their internet just as they would a natural resource, like water or mineral rights. While tribal governments expect to receive these licenses and some federal funding, it is still only a fraction of what is needed to cover all the costs. That is why state funding from SB 297 is a critical component to make this plan a reality.

Broadband is an essential part of infrastructure interconnecting all other industries. Every industry relies on computing, cloud storage, or other digital equipment to sell goods and services. In a pandemic that is disproportionately impacting Indian Country, accessing the internet has become increasingly vital for maintaining and improving essential things like physical and mental health outcomes, employment rates, school enrollments, and social connections. The necessity for broadband is overwhelmingly clear as we continue onto this road into the future —a road towards investment, equity, and development in Indian Country.