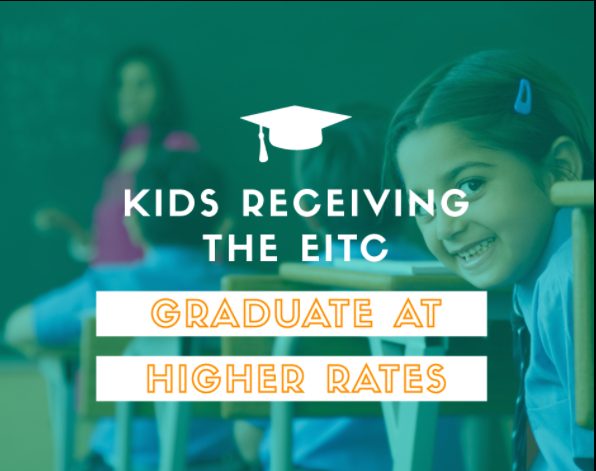 As we head into another tax filing season, it’s a great time to remind folks of the important investment the federal earned income tax credit (EITC) has been in helping working Montana families make ends meet. This Friday, January 26th, marks the 11th annual EITC Awareness Day, when local officials and community partners will raise awareness on the importance of the EITC for families. Eligibility for the EITC is based on income levels and family size. Taxpayers are encouraged to find out if they are eligible and seek out free tax help to file their tax return.

In Montana, over 27,000 families are working but are living at or near the poverty line. The federal EITC has been one of the most effective anti-poverty tools – lifting millions of children out of poverty – and has become an important economic driver for the state and local communities. In 2014, the federal EITC injected $173 million into Montana’s economy. By placing the money in the hands of the people most likely to spend it, EITC increases demand for goods and services and boost local economies.

Children in families who have accessed the EITC and move out of poverty are more likely to perform better in school, receive more schooling later in life, work more hours, and have higher future earnings.

Last year, Montana took a significant step in further helping these working families, by creating a state EITC that will become effective in the 2019 tax year. Montana matched eligibility for the state credit to the federal, which will provide over 80,000 Montana families with additional support.

During this past legislative session, legislators heard from hundreds of working families who shared their stories of how the federal EITC has been an effective tool to helping workers pay for day-to-day family expenses, including paying for children’s school clothing, fixing a vehicle needed to get to work, pay off or advance-pay utility bills, and save for future expenses. We heard from a working grandmother raising her granddaughter that uses her federal credit to help pay for school activities and clothing. We heard from a survivor of domestic violence who used the EITC to help make ends meet as a newly single mom. We heard from a number of former EITC recipients that accessed the credit to get through a difficult time and that are now earning enough to now longer be eligible.

The federal EITC has been a critical investment for the over 80,000 working families that have received the credit. Many more may be eligible but are not currently claiming the EITC. It’s important for families to see if they are eligible. To find out more info, check out the IRS’s EITC Assistant estimator, or more information here.