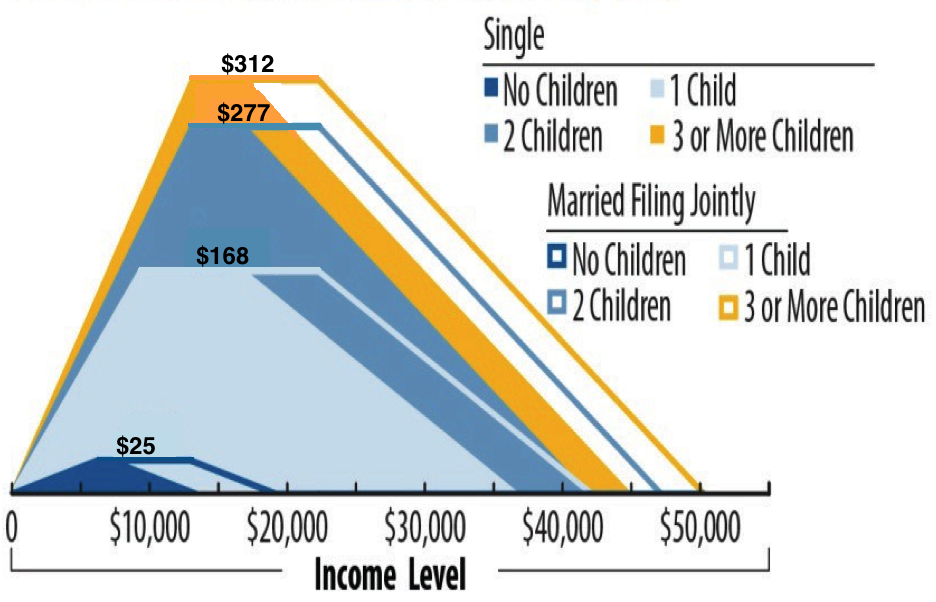 On Thursday, the Montana House of Representatives passed a 2nd reading on HB592. This is the bill establishing a state Earned Income Tax Credit (EITC) that we wrote about yesterday. We thought it might be helpful to better explain how it works.

The Federal Earned Income Tax Credit was created in 1975, and since then has consistently received bipartisan support and become one of the largest and most effective antipoverty programs in history. President Ronald Reagan once said:

“The Earned Income Tax Credit is the best anti-poverty, the best pro-family, the best job creation measure to come out of Congress.”

Only low-to-moderate-income working families are eligible for the federal EITC. The majority of these individuals receive their federal EITC as a lump sum at the end of the year, which can be used to pay for household necessities like rent and groceries. Families can also use the funds to pay for bigger unexpected expenses like car repairs or medical bills.

Not everyone is eligible for the EITC. The size of the credit depends on the number of children and income amount and is administered in three phases to encourage and secure work for recipients so they can become financially stable.

During the phase-in period, EITC benefits increase with earnings, which encourages work. When a recipient reaches the maximum benefit he or she qualifies for, the EITC amount levels off and remains constant. A Montana state EITC set at 5% of the federal credit would provide a maximum benefit of $312 (see graph below). Combined with the federal EITC, this is the equivalent of a wage increase of $3.15/hour for a single mother of three. Once an individual’s earnings increase and go beyond their qualifying income threshold, EITC benefits decrease. During this phase-out period, the EITC program still incentivizes work because people will find that they earn more from their jobs than they lose from declining benefits.

Most people only access the EITC for 1-2 years. However, even after EITC benefits end, individuals are likely to remain working as they have secured stable employment throughout the EITC benefit period and are better able to support their families.

Montana is one of only five states to impose income taxes on working families living in poverty. A state EITC would help reduce the impact on families by decreasing their income tax liabilities at the end of the year. Combined state and federal EITCs help supplement families’ income and lift them out of poverty, allow them to get ahead of their financial struggles, and encourage greater participation in the labor force.