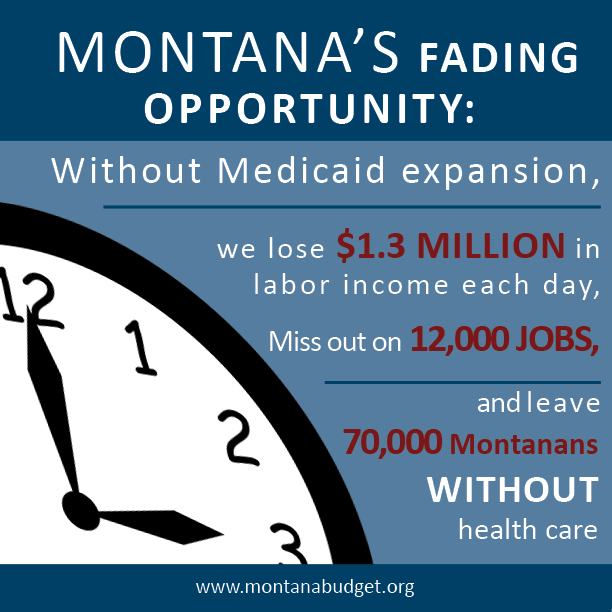 Last week, we wrote about the staggering amount of federal money Montana is losing every day we delay Medicaid expansion.

But it doesn’t stop there.

Medicaid expansion would help create and support 12,000 jobs across the state, mostly in the growing health care industry. In a still-recovering economy, these jobs would give Montana a significant economic boost.

What kind of a boost? It is estimated at roughly $1.3 million a day. With more Montanans working in good paying jobs, Medicaid expansion would help generate millions of dollars in increased labor productivity. By accepting federal dollars to expand Medicaid, Montana can help strengthen communities across the state.

But there is more to the story than just dollars and cents. Expanding Medicaid would extend affordable health care coverage to as many as 70,000 Montanans. For those without access to health care, Medicaid is much more than a numbers game.