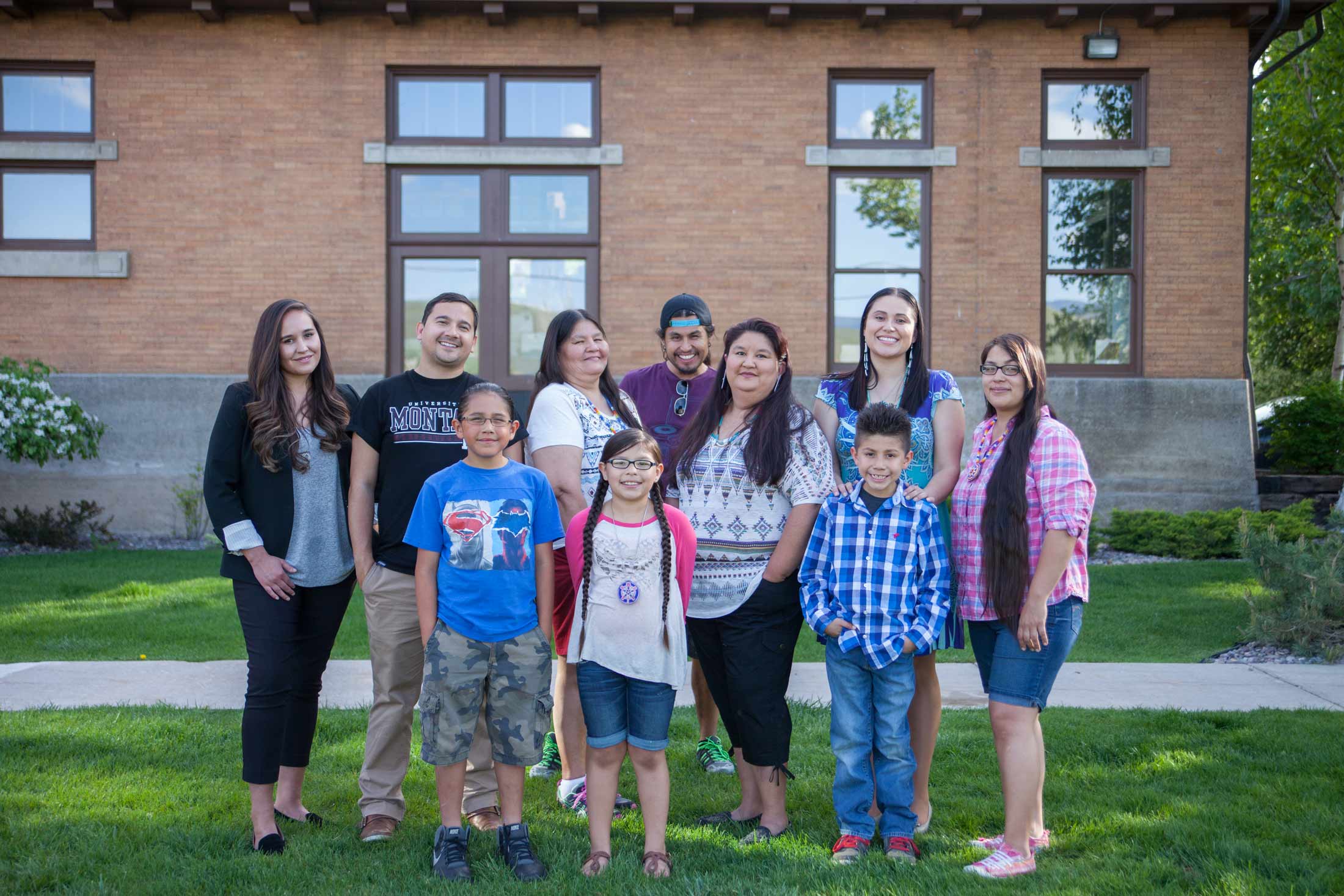 Congress has designated November as National Native American Heritage Month to celebrate American Indian culture and heritage each year since 1994. This year President Trump also proclaimed November 2019 as National American History and Founders Month, which pushes to erase American Indians and the first nations of this continent from the historical narrative. During this month and every month, it is necessary to recognize and celebrate indigenous peoples’ ongoing existence and contributions. While there is an abundance of examples, we wanted to highlight a few of the successes that have been a direct result of fair representation of American Indians in the Legislature.

Despite having lived on this land since time immemorial, the United States denied American Indians citizenship until the passage of the federal Indian Citizenship Act in 1924. After Congress passed this act, state governments, including Montana, still did not welcome American Indians as citizens and intentionally suppressed the vote of American Indians by making registration more difficult or denying it. Even after the federal Voting Rights Act passed in 1965, Montana failed to adequately enforce the law in Indian Country, resulting in numerous lawsuits to protect American Indians’ legal right to vote.

Even today, tribal nations continue to fight to ensure adequate access to voting for their citizens. In 2014, several tribal citizens sued the Montana Secretary of State and three counties for failing to provide satellite voting offices on three reservations, which ultimately required some voters to travel nearly two hours each way to cast a ballot. As a result, the Office of the Secretary of the State opened several limited satellite voting offices on three reservations, with a process to expand satellite offices to all seven tribes upon request. In 2018, each reservation had a satellite office, however, these offices have limited funding, hours, voting services, and are not permanent.

The opportunity to vote matters because the decisions of elected officials at every level of government directly impact tribal citizens and tribal nations. All Montanans, including American Indians, should have equitable access to participate fully within our democracy. Fair representation voting means voters have the ability to elect representatives that reflect their communities.

Montana has the fifth highest incidence of Missing and Murdered Indigenous Women cases in the country. An estimated 26 percent of missing persons in Montana are American Indian, and this may be a low estimate. In the 2019 session, Rep. Rae Peppers sponsored and helped to pass House Bill 21 – Hanna’s Act. It authorizes the Montana Department of Justice (DOJ) to assist with the investigation of all missing persons cases, requires the DOJ to hire a missing persons specialist, and appropriates $205,000 to the DOJ for the biennium. A missing persons specialist was hired in September.

Between fiscal years 2003 and 2009, the seven reservation communities in Montana and the Little Shell Tribe contributed more than $6.6 billion in public sector dollars to the Montana economy. This past 2019 session, Rep. Jade Bahr sponsored House Bill 632, which appropriated $48,000 to the Montana Department of Commerce to publish an updated decennial report on the economic contributions and impacts of reservations in Montana. This report will measure contributions from both public and private sectors and will provide much-needed information on the economic landscapes in Indian Country and the state as a whole.

Nearly two-thirds of Montanans who are American Indian live in medically underserved communities, as compared to half of non-Indians. In the 2019, Rep. Jonathan Windy Boy sponsored and shepherded through the Legislature House Bill 599. HB 599 established a Community Health Aide Program (CHAP) to expand health care access to underserved tribal communities by allowing certified paraprofessionals to provide care in Montana. This bill also authorized Medicaid coverage for services provided through CHAP to Medicaid enrollees.

The voices of American Indians matter, and it is important to have districts and a legislature that accurately reflect our state’s population. When all Montanans have the opportunity to vote and all voters are fairly represented, our democracy, and our legislature do better.