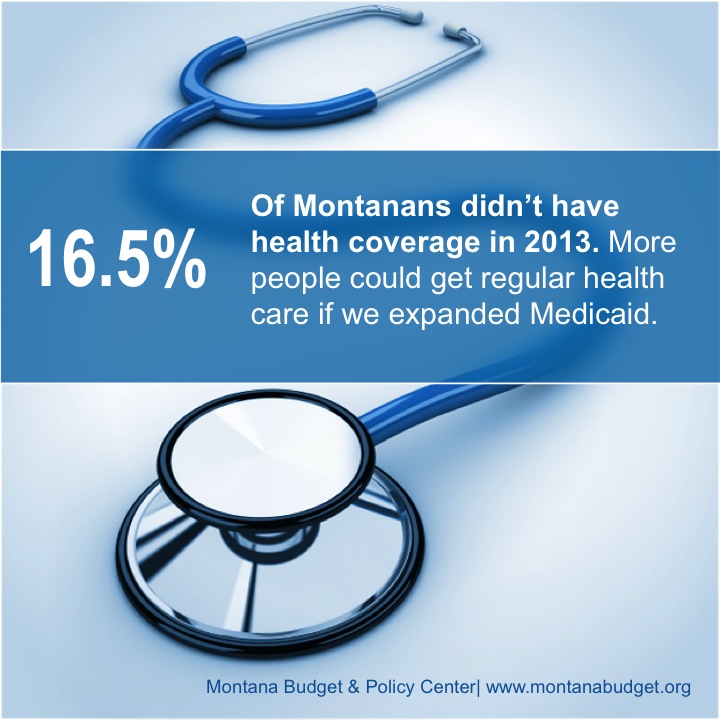 Today the Census Bureau released new data on the number of Montanans that have health care coverage.  About 165,000 Montanans still did not have health insurance last year, showing little progress between 2012 and 2013.

A key component of the Affordable Care Act is strengthening Medicaid so it provides coverage to more low-income people. The federal government agreed to pay all the costs of expanding Medicaid to people making up to 138 percent of the poverty rate – just $32,600 per year for a family of four or $16,000 for an individual – for the first three years. Despite the fact that it would provide health coverage to thousands of people at a low cost and boost the state’s economy, Montana lawmakers have chosen not to expand Medicaid.

We will know even more next year, when the Census releases 2014 data. But it’s safe to say that those states that have expanded Medicaid will continue to show progress in providing affordable access to health care for their residents. While Montana and others that failed to expand Medicaid this year will fall further behind. In fact, other surveys preview this progress. The data is already showing a widening gap in coverage between the states that have and have not adopted Medicaid expansion from the end of 2013 to the middle of 2014. By the end of June 2014, the collective share of people without health insurance in states that chose not to adopt Medicaid expansion was 18.3 percent compared with 10.1 percent in states that chose to expand.

The consequences of not expanding Medicaid are real. Thousands of Montanans still can’t afford health coverage, and that is bad for families, businesses, communities, and our economy. It’s not too late for Montana lawmakers to change course and expand Medicaid.