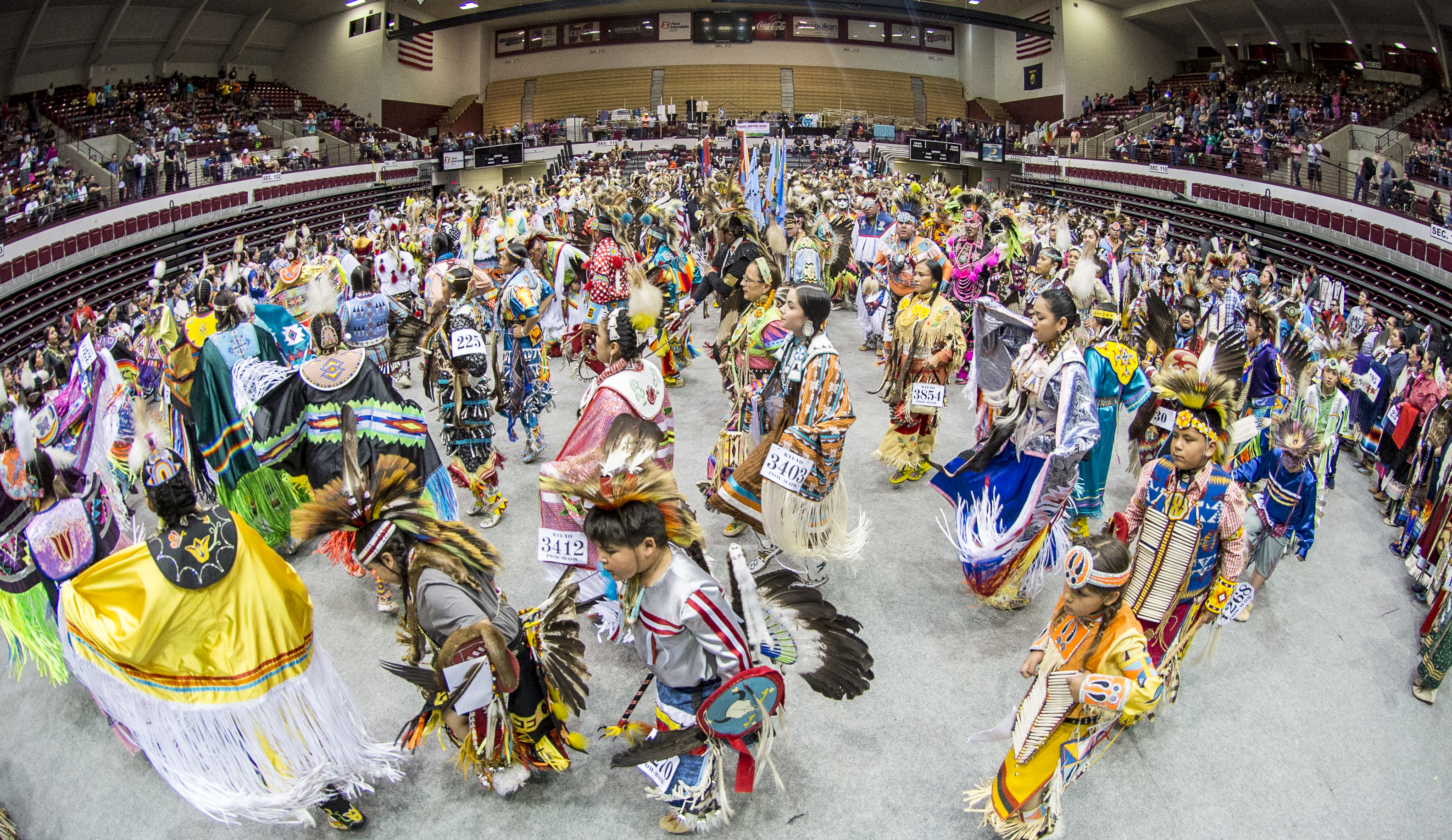 American Indian pow wows are many things. They are reflections of both traditional and contemporary tribal cultures. They are spectacular displays of athleticism, craftsmanship, and a distinctive style of music and singing abilities. But they are also events that spark short-term economic growth for local and neighboring communities. This blog reports on the economic impacts of three diverse pow wows in our state: the Arlee Celebration, located on the Flathead Reservation; MSU-Bozeman’s large off-reservation pow wow; and Poplar Indian Days, located on the remote Fort Peck Reservation.

While several factors play into economic impact, pow wows are often categorized as cultural tourism for the fact that they bring in numerous out-of-towners—spectators, dancers, drummers, and oftentimes hand game contestants—all of whom leave their money in the local economy. Two key factors that play into the level of attendance (and corresponding economic impact) are location and whether or not the pow wow is a contest pow wow. Some pow wows are small social gatherings and celebrations. But many, including a majority of the larger ones, are contests, meaning they feature highly competitive dance and drumming competitions where winners are awarded cash prizes. In these cases, payout amounts and the notoriety of head staff and host drum can all affect turnout and therefore economic impact.

The Arlee Celebration is now in its 118th year and, according to Pow Wow Committee Chairman Willie Stevens, brings in approximately 5,000-6,000 spectators, 2,000-3,000 campers in about 500 camps, 500 dancers, 240 drummers, 300-600 hand game contestants, 20 food stand vendors, 20 arts and crafts venders, and 10 non-profit information booths. Stevens reports that this influx of people benefits “all local businesses from grocery stores to gas station to restaurants and any tourist shops and casinos.” This economic boost impacts not only the Flathead Reservation’s Jocko and Mission valleys, but also the greater western Montana region, including Missoula, as food vendors and many of the campers get their supplies and other items there.

The Arlee pow wow is unique in terms of its economic impact on multiple communities. While the impact of MSU-Bozeman’s pow wow is largely confined to the city of Bozeman, it is still notable. Richard White, pow wow advisor and director of American Indian/Alaska Native Student Success at MSU-Bozeman, reports that their free-admission/registration pow wow attracts between 2,500-4,000 spectators, 200-300 dancers, 200-250 drummers, 45-60 vendors, many of whom utilize local services like hotels, restaurants, gas stations. They also take advantage of local attractions and the shopping available in one of the few urban centers in Montana.

Smaller pow wows held at more remote locations like Poplar Indian Days on Fort Peck have a smaller overall impact but still work to spark economic growth. Greg and Mary Plante and Raymond “Abby” Ogle, who work to plan the pow wow, estimate that it brings into Poplar about 2,000-3,000 spectators, half of whom are reservation residents. They also estimate that it draws between 120-150 drummers, 200-350 dancers, and 12-15 vendors. They believe that these additional consumers positively impact the economic climate of the tiny town of Poplar, which usually boasts a population count of 810 residents.

While pow wows are primarily about bringing people together to celebrate tribal culture, family and friends, they also have an economic impact by creating varying degrees of economic growth across our state. Every reservation hosts one or more pow wows, as do many of our urban centers with sizeable Native populations. All pow wows are open to the general public and a majority of them do not charge admission. Pow wows run throughout the summer months and are a great way to see our state. They’re also an opportunity to support local businesses, including those that are Indian owned. To find a list of Indian owned businesses, check out the Montana Indian Business Alliance’s website.

MBPC encourages you to check out a pow wow near you. If you are new to pow wows, check out “Your Guide to Understanding and Enjoying Pow Wows.” It is a great tool to learning about pow wows in Montana.