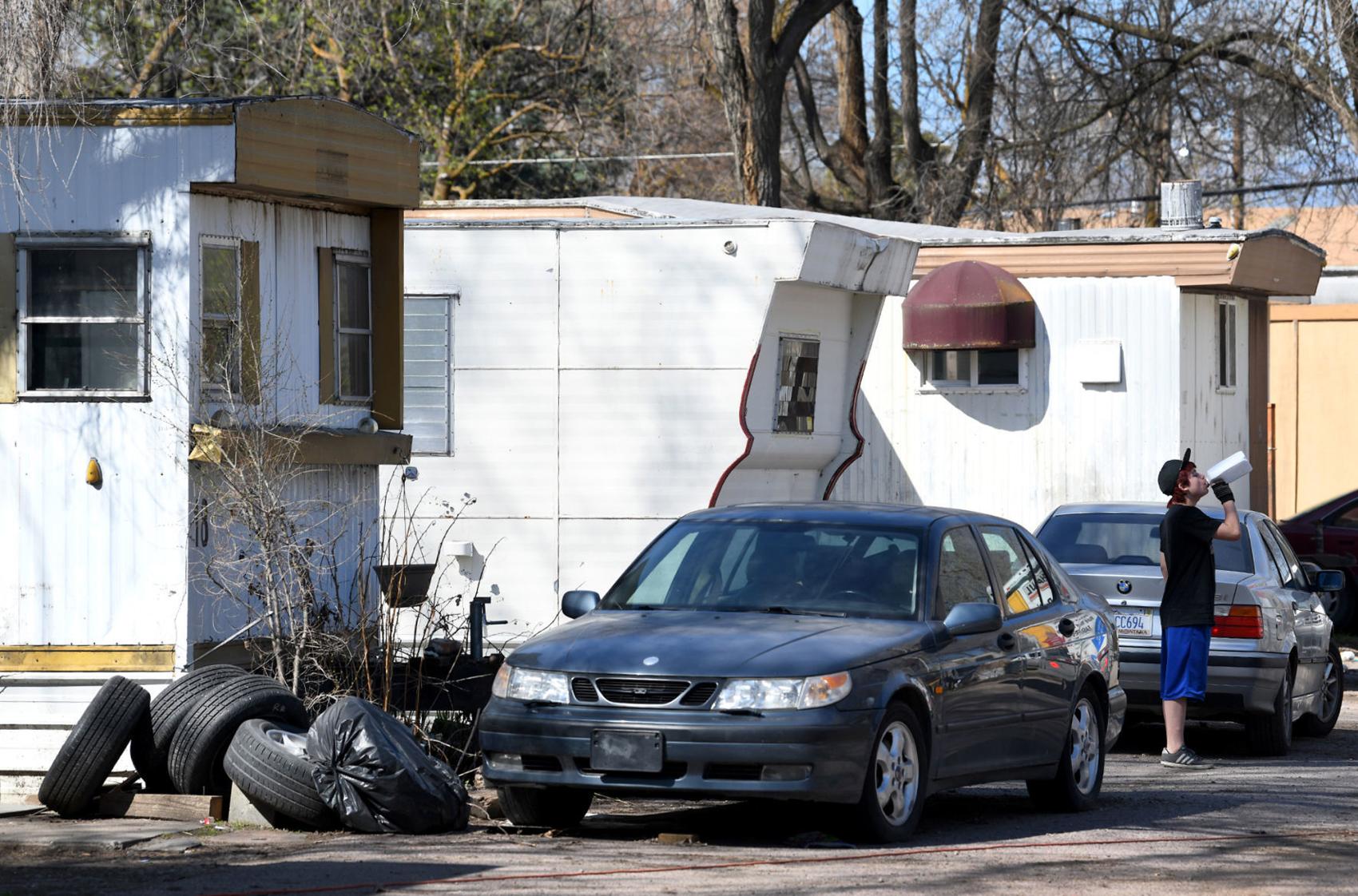 A local developer is proposing to build a 105-unit affordable housing apartment building for people aged 55 and over on the site of the Skyview Trailer Park in Missoula’s Westside neighborhood.

Residents of the roughly 34 trailers were sent eviction notices six months ago and are still in the process of trying to find new homes. The former property owner, James Loran, told the Missoulian last year that he planned on developing affordable housing on the block of land at 1600 Cooley Street.

The new apartment building would be called Skyview, would probably be four stories tall, and would be a mix of one-bedroom and two-bedroom apartments.

Alex Burkhalter, the principal of Housing Solutions, LLC, of Missoula is the sponsor of the proposal. He sent his letter of intent to the Montana Board of Housing on Monday, and expects to find out June 4 whether he is one of the winners for competitive federal tax credits.

“We are excited to be working on this project,” he said. “Housing affordability in Missoula is a real challenge, but when you combine this with our age 65-plus senior population growing at a rate of five times the general population, we have to be paying extra attention to the current and future needs for affordable senior housing.”

Usually, about 20 applicants send in proposals every year and about five are approved, according to Bruce Brensdal, executive director of the Montana Board of Housing.

“We have a little over $31 million (worth of tax credits) to allocate every year,” Brensdal said.

The total construction cost for this project would be between $14 million and $15 million, and Burkhalter said the tax credits would be needed to cover about half the cost.

“Ninety percent of affordable rental housing in Montana, either created or preserved, uses these tax credits,” he explained.

Rents will range from $525 to $865 per month with all utilities included.

Burkhalter said the development would be financed with a combination of federal housing tax credits and tax-exempt bonds. However, Skyview will have to compete against other proposals from across the state for the limited housing tax credits.

“Securing the necessary housing tax credits is a very involved process,” Burkhalter added. “If all goes as planned, we would be looking to break ground on Skyview in summer 2019.”

He’s worked on affordable housing projects all across the state and region, including the Union Place and Aspen Place Apartments on Great Northern Avenue.

“I enjoy knowing that we’re creating a place for people to live, and these apartments are not just a place to live, they’re a community,” he said. “It’s fun to go in and chat with folks.”

The Missoula Housing Authority recently unveiled plans to build the largest affordable housing project in state history, a 200-unit apartment building on Missoula’s Northside. If Burkhalter’s project is approved, it would go a long way towards addressing the city’s severe housing shortage.

According to the Montana Budget and Policy Center, high housing costs have become the leading cause of homelessness in Montana.

At the time of the U.S. Department of Housing and Urban Development’s point-in-time survey in January of 2017, 987 individuals were unsheltered in Montana, representing a 33 percent increase since 2007.

Burkhalter said that seniors are the fastest-growing segment of the population in Montana, so he sees that as a critical need.

“The demand is only projected to increase,” he said. “It makes you sad when you see every new building is $400,000 condos being sold to out-of-state buyers. Montana’s housing situation is worse than a lot of states, but we don’t have the population to make national headlines.”

It’s been several years since Missoula was awarded federal housing tax credits, so Burkhalter is hopeful about the hearing in June.

“It’s very competitive,” he said. “There’s four dollars chasing every one that’s available. Missoula is the second-largest community in the state and hasn’t had an award in awhile, so I’m optimistic.”