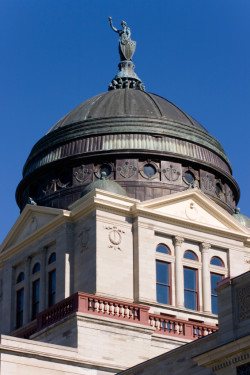 In response to the adjournment of the 2017 legislative special session, Montana Budget and Policy Center released the following statement on the package of bills that passed the legislature and were accepted by the governor.

“Tens of thousands of Montanans impacted by multiple rounds of deep cuts to core programs and services were counting on the legislature to come together with the governor and find a balanced approach to deal with Montana’s revenue shortfall. Instead, the majority of lawmakers passed a budget deal that is ripe with missed opportunities.

Facing the prospect of $227 million in additional cuts, the governor called the legislature back into special session, proposing modest increases in revenue that would help mitigate the cuts. Instead, the legislature is doubling down on permanent cuts and one-time transfers.

For those fearing the worst, this budget may represent a small and partial reprieve. However, the long-term impacts of this new budget will be substantial. The legislature codified $110 million in cuts to health and human services and made it more difficult to restore services if revenue rebounds.

The State of Montana is facing a long-term revenue problem, caused, in part, by tax giveaways to out-of-state corporations and the wealthiest Montanans. Rather than beginning to climb out of a hole, lawmakers are digging themselves in deeper. The new budget relies on nearly $100 million of one-time-only transfers, with not a penny in new permanent revenue, guaranteeing a continuing and deepening budget crisis moving forward.

This new budget is another instance of a failed approach that has led to a steady and continual erosion of the public services Montanans expect and deserve and a continued shift of burden to local communities and property taxpayers to pick up the tab. Our state deserves better than this. Montanans must continue to make their voices heard to ensure that next session finally brings a different and better approach.”