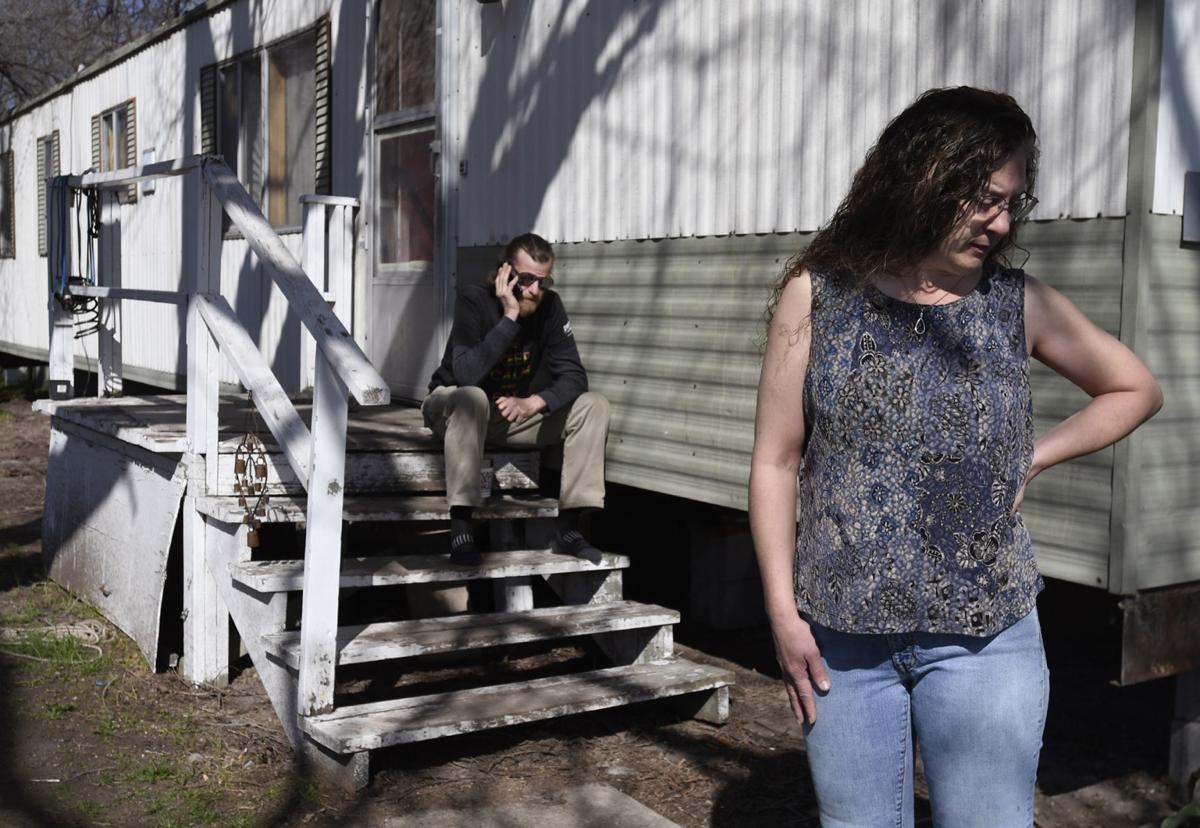 The lowest-income renters in Montana have to spend a larger share of their income on housing than any other group, according to a new report from the Montana Budget and Policy Center.

That means they must devote less of their paychecks to health care, food, day care, recreation, retirement and college savings, which in turn feeds the vicious cycle keeping them in poverty for generations.

“It is a not a surprise that the lowest-income families face greater struggles with finding safe and stable housing that is affordable,” said Tara Jensen, the co-director of public affairs and operations for the nonprofit. “For a family making minimum wage, it takes 73 hours to earn enough to afford a two-bedroom home at fair market rent.”

The median gross rent in Montana has increased by 26 percent since 1990, the 11th-fastest rate in the country, while median incomes have only increased by 21 percent in that same time.

Low-income Montanans now spend 10 percent more of their income on housing compared to what they spent two decades ago. Housing prices have skyrocketed the most in the state’s fastest-growing cities. In Missoula, prices have jumped roughly 30 percent since 2010, pricing thousands of people out of the market and forcing them to rent.

Most low-income renters in the state are seniors and people with disabilities, but 36 percent of low-income renters have jobs. However, the gap between wages and housing costs means that even having a full-time job doesn’t ensure access to safe and affordable housing. One in four jobs in Montana is in a low-pay occupation, with annual earnings below the poverty line, $24,300 a year for a family of four.

“Workers without affordable housing make up a large share of the low-wage workforce, with more than a third of extremely low-income renters employed in the service industry, which includes retail workers, home health aides, and those working in food services,” said Heather O’Loughlin, co-director, MBPC, who wrote the report.

When rent consumes most of a household’s budget, families are left with very little to get by, she added.

“Devoting large shares of income to housing forces families to make difficult trade-offs to make ends meet, spending just under $300 per month (or about $10 per day) on food, and 75 percent less — just $18 per month — on health care than those without cost burden,” O’Loughlin wrote. “Conversely, families living in affordable housing are able to dedicate nearly five times as much to health care, a third more to food, and twice as much to retirement savings compared to those who are rent burdened.”

Without stable or affordable housing, many families are forced to move as much as once or twice every year. Those who involuntarily move due to eviction or poor housing quality are likely to end up in worse housing and in higher-poverty neighborhoods, according to a study from the University of Chicago. Research shows that these sudden and frequent disruptions in a child’s environment can cause toxic stress, a higher risk for cognitive impairment and stress-related disease.

“Residential instability in a child’s early years is among the strongest predictors of lower school performance,” O’Loughlin wrote. “Young children from low-income families that experience more than three moves in their first five years do worse than their peers on school readiness measures, like attention and healthy social behavior.”

She noted that for every residential move before second grade, a child’s math and reading scores are shown to drop relative to their peers.

“A child who moves three or more times before the age of 7 is 19 percent less likely to graduate from high school,” she added.

Housing choice vouchers that subsidize the cost of housing for low-income renters can make a huge difference, O’Loughlin wrote, by decreasing the need for disruptive moves and giving families a greater choice in where they live.

“Children in subsidized housing are more likely to meet ‘well-child’ criteria, such as better access to nutritious food and lower rates of food insecurity, than children on wait lists for housing assistance,” she said. “Furthermore, housing assistance is linked to improved parenting behaviors and bonding with children, in part because parents reported feeling less stress when rent was affordable.”

Unlike SNAP, the food stamp program, the amount of federal resources dedicated to supplemental housing assistance does not expand when more people qualify and need it. There are 3,340 renters supported by housing choice vouchers in Montana, but 6,672 on waiting lists. From 2004 to 2015, the federal government cut spending on housing assistance by $2.9 billion and the share going to Montana residents fell by 20 percent.

“Montana is one of a handful of states that does not provide any state investment in affordable housing solution, and federal assistance is falling short,” Jensen explained. “Twice as many households sit on the wait list for federal housing assistance, compared to those currently being served. Without resources to expand housing affordability, more Montanans will become vulnerable to financial insecurity, poor health, and homelessness, while local economies struggle to grow.”

O’Laughlin said rental support plays a critical role in the fight against poverty.

“The impact of housing benefits is so substantial that increasing assistance to a targeted group of 2.6 million rent-burdened families could decrease child poverty by as much as 21 percent.”

Missoula is slowly losing its most affordable options for the lowest-income demographic: trailer parks. Since 2014, at least 74 spots for trailers have been razed to make way for more expensive housing in Missoula. Last week, one resident of Skyview Trailer Park told the Missoulian the only option she had found after being evicted, even with a full-time job, was to sleep at a friend’s house with no long-term plan.

“Montana is stronger when our citizens have an affordable, safe, and stable place to call home,” Jensen said. “It benefits families, communities, and our broader economy. Unfortunately, what we discovered in our research is that nearly every community in Montana lacks an adequate supply of affordable rental homes, making it difficult for families to find a place to rent within their means.”