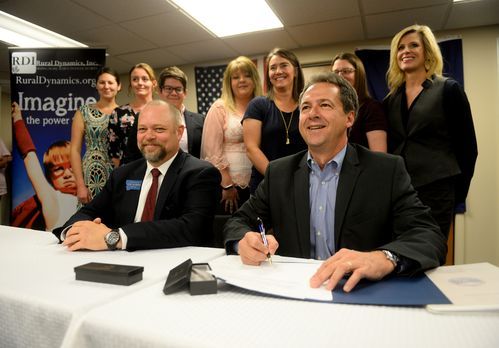 The event was largely ceremonial – Bullock had already signed most of the sessions bills into law on May 5 – but served to highlight the legislative contributions of two Cascade County lawmakers, Tom Jacobson (D-Great Falls) and Jean Price (D-Great Falls).

“This is something that many of us have worked on for more than a decade,” Jacobson said of HB 391, a bill establishing a state Earned Income Tax Credit for Montana’s working poor.

The federal government has offered a tax credit for low-income working families since 1975, which currently offers an income tax refund for families – especially those with children earning less than $50,000 a year.

“What the bill does is model state EITC off of the federal Earned Income Tax Credit,” explained Heather O’Loughlin, spokesperson for the Montana Budget and Policy Center. “Eligible Montana families who now receive the federal credit will now receive a small state credit.”

Jacobson originally proposed a credit benchmarked at 10 percent of the federal EITC. That amount was amended down to three percent, meaning that a single parent with three children earning less that $45,000 a year would be awarded no more than $188 in state income tax relief.

Democratic lawmakers have repeatedly attempted to pass a state EITC in Montana but without success. HB 391 received bipartisan support in the 65th legislative session, garnering unanimous support from democrats and with 27 of 59 house Republicans crossing over to support the bill. 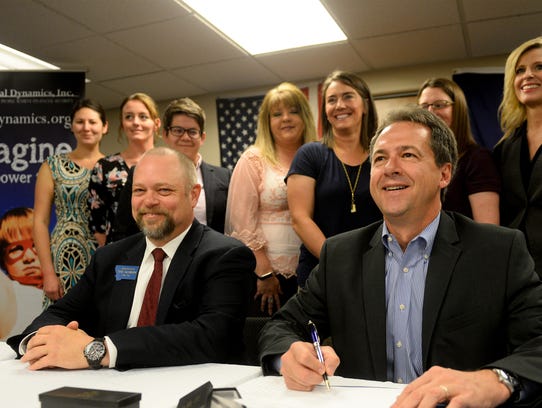 HB 391 will come into effect in 2019, meaning Montana’s low-income families can begin to take the state’s EITC beginning with the 2020 income tax filing season.

“This is the most productive and the most effective poverty reduction tool that we have,” Jacobson said.

“Accessible playground equipment is very expensive because it has to meet ADA (Americans with Disabilities Act) standards and its not available everywhere,” Price said. “Children with disabilities deserve an opportunity to play. This won’t mean just an accessible swing out in the middle of a park that’s not used. These pieces will be right with the rest of the playground equipment so that the kids play together and understand more about each other.”

Price’s second bill, HB 426, will attempt to correct abuses within the state prison system’s prisoner telecommunications system. In order to make calls to family members or legal representatives Montana prisoners are required to purchase phone cards at rates of up to 32-cents a minute. Added surcharges mean that a 20 minute phone conversation can cost as much as $17, with no guarantee that any unused minutes will be credited back to the prisoner’s account.

“It will ask the prison system to try get the lowest rate from telephone service providers so that if you have purchased an account and a prisoner has moved, that they must refund the money so that you can use it to purchase another account,” Price said.

“It’s important for people to remain connected when they’re in prison,” she added, “and It will help prevent the rate of recidivism.”