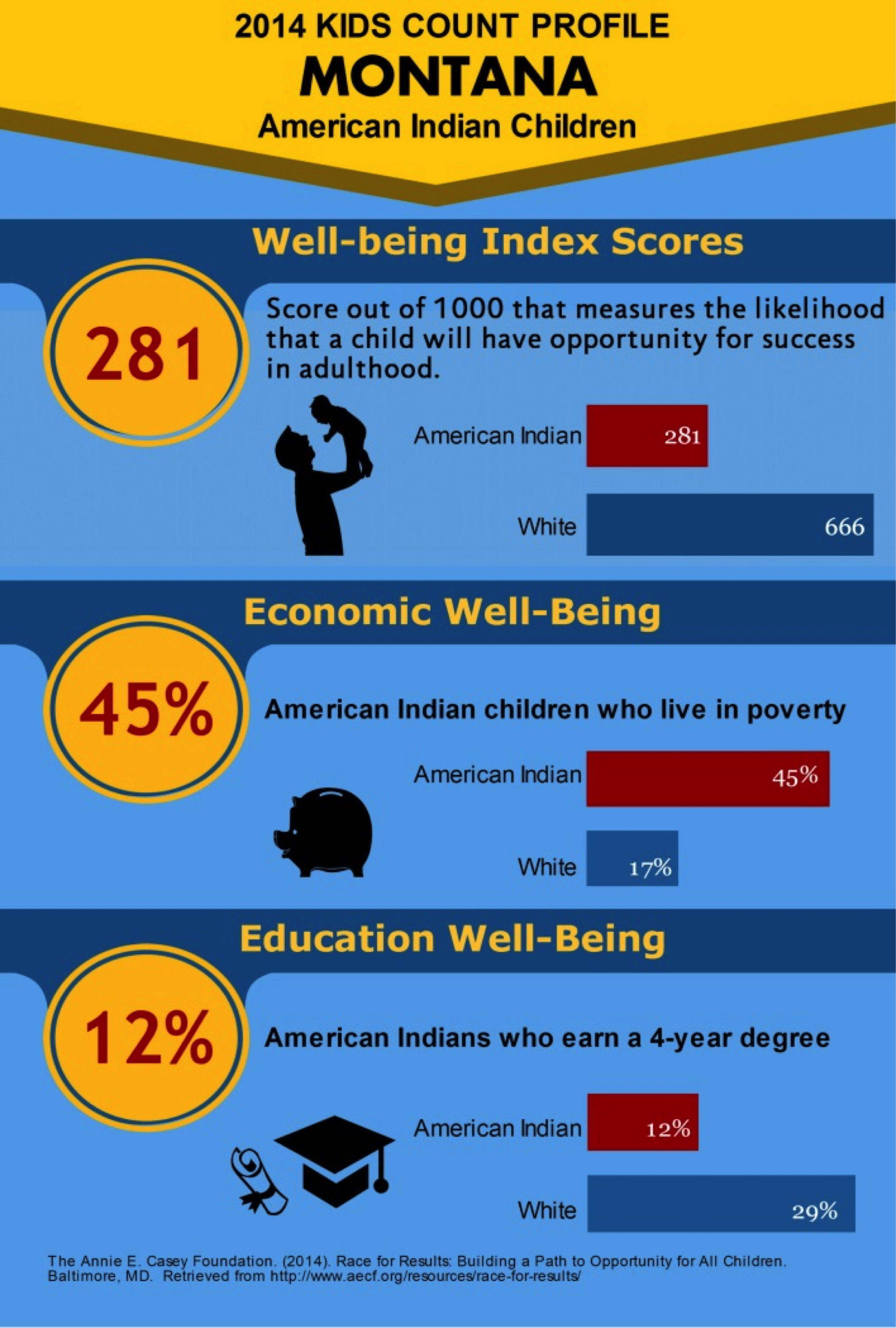 Here’s a breakdown of some of the other scores from this report:

The “Race for Results” report clearly shows that opportunity in our state is not as accessible for American Indian children as it is for others. State, local, and federal policies contribute to this problem, holding back Indian Country for generations. It is time for legislators and agency directors to assess the role that our state policies play in continuing this inequity and make the changes that are needed. Today, American Indian children face a world where the odds are stacked against them. Right out of the chute, they are faced with significantly more obstacles to prosperity than other children in our state. American Indian children in Montana deserve better. They deserve to start the race at the same place as other children.