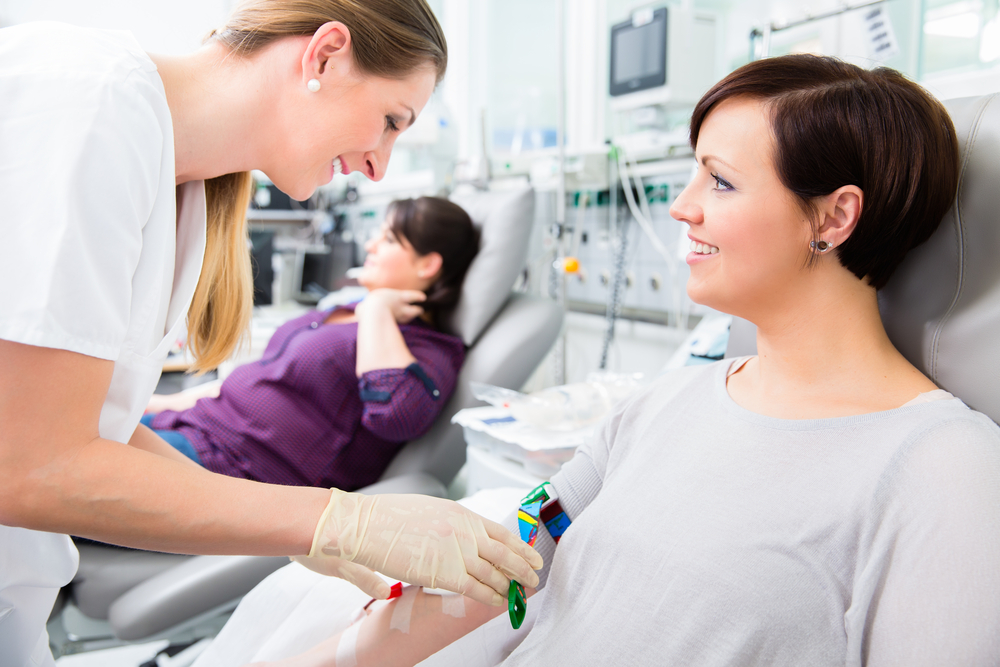 During the stay-at-home order, Medicaid provided an important safety net to thousands of laid-off workers. Montanans on Medicaid expansion were more likely to lose their jobs during the early weeks of the COVID-19 pandemic, according to a recently released study by the Montana Departments of Labor and Industry, Revenue, and Public Health and Human Services. Without Medicaid expansion, thousands of Montana workers would have faced a dual tragedy of losing not only their jobs but also their health care in the midst of a public health crisis. 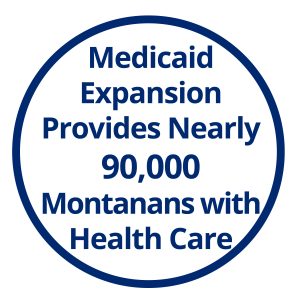 In 2015, Montana passed the Health and Economic Livelihood Partnership (HELP) Act, which expanded Medicaid coverage to individuals whose incomes are less than 138 percent of the federal poverty level (or less than $17,608 for an individual).[1],[2] As of October 2020, 89,299 Montanans (8.4 percent of the state’s population) participated in the program.[3] About 9 in 10 of those enrolled in Medicaid expansion are living below the poverty line, and one in five are American Indian.[4],[5] Medicaid expansion has played a critical role in rural Montana, with roughly half of enrollees residing in rural communities.[6]

Since the pandemic took shape in March 2020, Medicaid expansion enrollment has grown by 7,848. This expansion has helped Montanans living on low incomes avoid financial insecurity and difficulty accessing affordable health care. While Medicaid enrollment has risen across the country, Montana’s remains lower than its peak in 2018.[7],[8]

On March 26, Gov. Steve Bullock issued a shelter-in-place order, closing non-essential businesses and operations to help control the spread of the novel

coronavirus.[9] During the month of April, unemployment in Montana reached 11.9 percent, three times higher than it had been in February. In April of 2019, unemployment was at 3.5 percent.[10]

Workers receiving Medicaid expansion were more likely than other workers to lose their jobs in the early weeks of the COVID-19 pandemic.[11] The shutdown disproportionately affected those working in customer-facing jobs, such as retail and food service. These industries are also among the lowest-paying industries for average annual wage in Montana and thus have high numbers of workers on Medicaid expansion.

As more workers lost their jobs over the summer, Medicaid expansion provided an important safety net for those who had not previously needed the program. Roughly 3,400 workers, who had not been receiving unemployment or Medicaid, enrolled in both programs between March 1 and July 25. During this time of severe need, Medicaid did what it was designed to do: it provided people in crisis with access to health care.

At a time of uncertainty and rapidly rising unemployment, Medicaid expansion helped provide stability for workers facing sudden job losses. Prior to the COVID-19 crisis, Medicaid expansion was already helping adults with jobs that pay inadequate wages – most of who were working full-time.[12]

Workers in the most common low-wage occupations – including salespersons, wait staff, janitorial staff, and teaching assistants – work in jobs that cannot be performed remotely and often face frequent contact with the public.[14] These industries also commonly hire part-time staff and are less likely to offer employer-sponsored health insurance.

In Montana, 89 percent of businesses in the accommodation and food service sector and 70 percent of businesses in the retail trade sector employ workers on Medicaid expansion. Perhaps most critically, two-thirds of health-care businesses in Montana also employ workers on Medicaid expansion.[15] Health-care workers who are in frequent, close contact with patients, such as nurses’ aides, housekeeping, and janitorial support staff, face substantial health risks while performing their job.[16]

Not only do a disproportionate number of workers on Medicaid expansion face greater exposure to the virus due to the nature of their jobs, many workers living on low wages face poorer overall health. Several factors contribute to this, including high rates of stress, a lack of ability to access affordable care, difficulty affording healthy food, and living in disadvantaged communities that do not have safe housing or healthy environments.[17] Medicaid expansion allows beneficiaries to receive health care for conditions that may put them at a greater risk for serious illness from the novel coronavirus.

Certain medical conditions, including chronic obstructive pulmonary disease, uncontrolled asthma, or diabetes, put patients at greater risk for negative outcomes.[18] Over 35 percent of adults with incomes less than $15,000 are at a higher risk for serious illness due to factors such as these. Only 16 percent of those with incomes greater than $50,000 face similar health challenges.[19]

Since 2016, Medicaid expansion has provided 122,649 adults in Montana with preventive services, including for conditions which may cause critical cases of COVID-19. More than 5,500 adults have been diagnosed and received treatment for hypertension, and more than 2,400 adults have been diagnosed with and received treatment for diabetes.[20] Medicaid expansion not only allows beneficiaries to receive treatment for COVID-19, it also allows for treatment of underlying health conditions that may cause severe cases of the disease.

Recent studies show that American Indians are at higher risk of COVID-19 than any other racial or ethnic group, largely due to barriers to health-care services that result in higher rates of underlying health and economic conditions. Thirty-five percent of American Indians in Montana lack access to a primary health-care provider, compared to 26 percent of whites.[21] This lack of access to health services, coupled with generations of historical trauma and the United States’ failure to meet treaty obligations, has resulted in higher rates of asthma, diabetes, and heart disease for American Indians. [22] Many tribal nations in the U.S. are seeing greater spread of COVID-19 and have fewer resources to address it.[23]

Medicaid expansion provides an important service in Indian Country. Nearly 17 percent of Medicaid expansion enrollees are American Indian.[25] Unemployment skyrocketed on reservations in April during the stay-at-home order, with rates as high as 22 percent on the Rocky Boy’s Reservation and 18 percent on the Northern Cheyenne Reservation.[26] Without continued access to affordable health-care coverage, individuals who lost their jobs would have faced compounded financial hardship.

Access to health care has improved for American Indians living in Montana due to the expansion of Medicaid. For tribal citizens living in urban areas, Medicaid expansion has increased options for medical care. Instead of being limited to Indian Health Service (IHS) facilities, American Indians can access any provider that accepts Medicaid.[27] Expansion has also improved the services offered. IHS has been able to increase services at all five locations in Montana and can now offer preventive services, such as cancer screenings.[28]

Medicaid Expansion Is Essential During Crises

The underlying inequities that have brought disproportionate harm to some communities will remain even as others recover from COVID-19 and the recession. People living on low incomes have weathered higher rates of job loss and faced greater risk from the virus itself. Medicaid expansion has provided a degree of stability for those impacted, allowing individuals to retain their access to health care, despite lost jobs. Without access to affordable health-care coverage, the pandemic would worsen financial hardship and health disparities among Montanans living on low incomes. As Montana faces the year ahead, ensuring all Montanans have quality health care is essential to the state’s recovery and efforts to build a better and more resilient home for everyone.