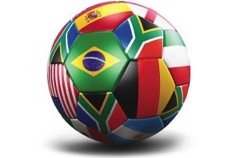 The US women’s soccer team is in the World Cup finals! We are so excited here at MBPC, so we decided to do one last head to head – US vs. Japan.

As we’ve been writing these comparisons, we realized that almost all of them are about a European Country. So, we are excited to look at paid leave in an Asian country. How does Japan stack up?

Maternity Leave. While Japan is no Sweden, the country definitely beats the US in terms of access to affordable family leave. As we’ve been saying – nearly every country is better than the US for maternity leave. Japan offers 14 weeks of maternity leave with approximately 67% of compensation. Compared to New Jersey, which enacted a state paid family leave insurance program in 2008, Japan provides workers the same amount of wage replacement but for 8 more weeks.

Paid Leave. One thing that I found right away in this research is that Japan is looking to mandate five vacation days a year for workers. WOW. Apparently, it is an attempt to curb a notorious work culture where employees often work long hours without additional compensation.

As I kept digging I found out that paid leave is a right all employees are entitled to. According to labor laws in Japan, a worker must be granted paid leave if he or she has been continuously employed for six months. The number of days of paid leave depends on length of employment.

Hopefully some day, the United States can brag to the rest of the world about how great we treat workers in our country by offering paid leave so that people can take care of children, themselves, or an aging family member.

In the meantime, maybe we will just have to brag about our incredible women’s soccer team. We will be watching on Sunday!

Some of our comparisons came to us from Numbeo, an online database of user-contributed information and OECD Regional Well-Being.