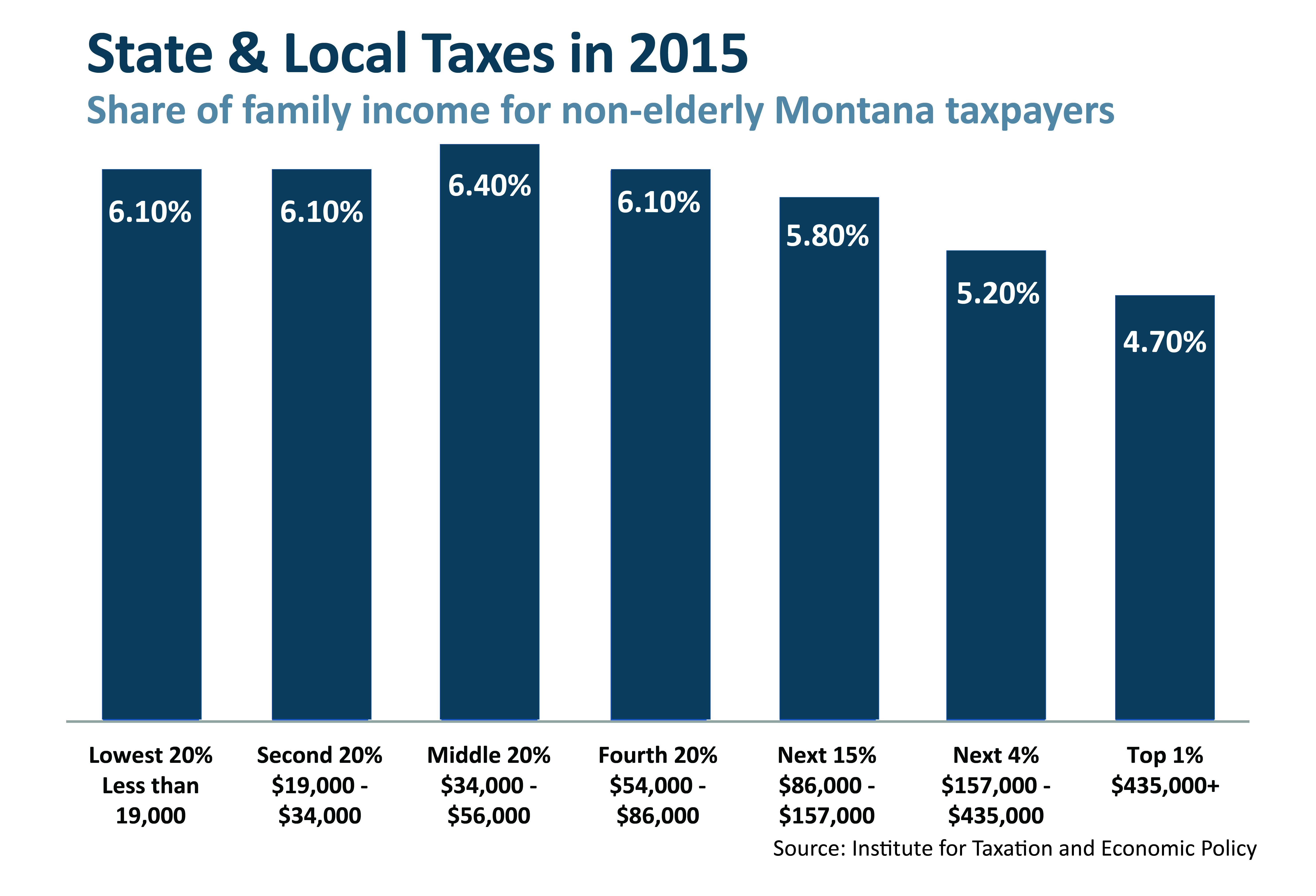 We need a state Earned Income Tax Credit. Here’s Why.

A state Earned Income Tax Credit (EITC), like the federal credit, could go a long way to helping Montana families meet their basic needs. But it could also do a lot to improve the fairness of our tax code.

While Montana’s income tax is progressive, meaning the more you earn the larger percentage of your income you pay in taxes, other taxes like sales and property taxes are not. People with smaller incomes end up spending a much greater percentage of their income on these taxes than higher income taxpayers. For example, families in the bottom 20 percent of incomes pay 3.3 percent of their income on property tax. The top one percent, however, pays just 1.6 percent. As a result, people with the lowest incomes actually spend much more of their money on state and local taxes than people with the highest.

A state EITC could help correct this imbalance in our state taxes.

A state EITC would be easy for Montana to administer because it is calculated based off of the federal EITC. Administrative costs would be equal to less than one percent of the benefits provided.

It could also boost our local economy. House Bill 391 would establish a state EITC at 10 percent of the federal credit. If passed, this credit would funnel $16.5 million back into the hands of working Montanans and into our economy.

When families spend their tax credit on basic needs like school supplies and groceries, local businesses reap the benefits. A state EITC that could help the economy, as well as reduce the inequalities in our tax code, is a good deal for Montana.