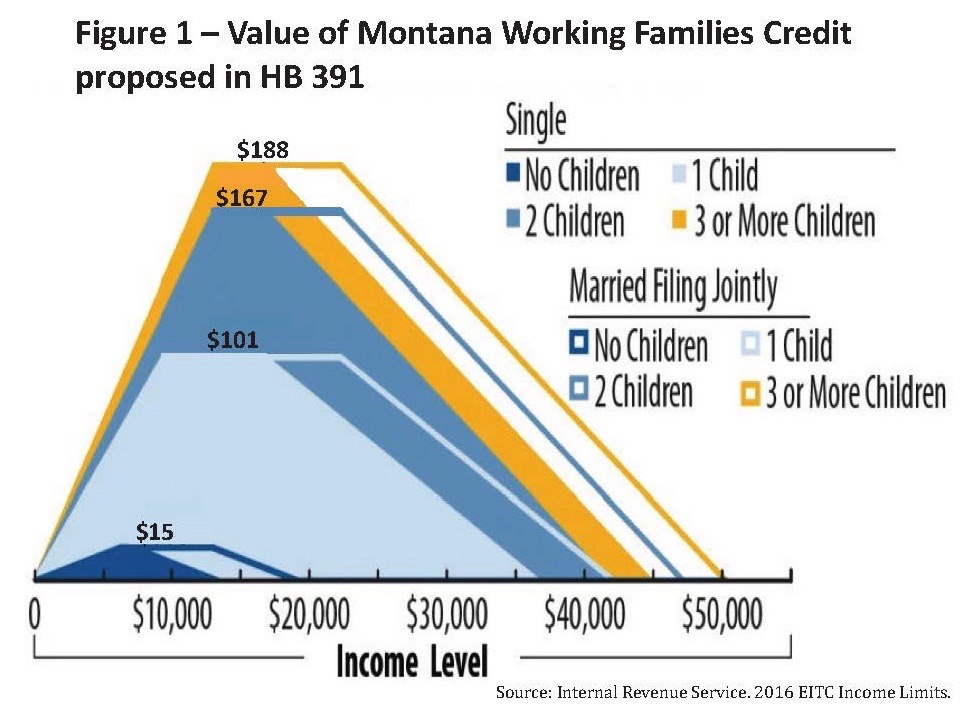 This session, the Montana legislature is considering legislation to create a state earned income credit – the Working Families Credit – to provide assistance for low- and moderate-income working families, modeled after the successful federal Earned Income Tax Credit (EITC). Doing so could help boost incomes for thousands Montana working families. Today we are going to give a little more background on what the EITC is, and how it works.

The EITC was first created in the 1970s, but was expanded significantly in the 1980s by President Ronald Reagan, who called it the “best anti-poverty, the best pro-family, the best job creation measure to come out of Congress.” The measure had broad bipartisan support because it improves the lives of low-income families while encouraging work. In 2013, the federal EITC lifted more than 6.2 million people, including 3.2 million children, out of poverty.

The credit is based on the amount of money that an individual earns, helping to encourage work. The credit begins with the first dollar earned, increasing before reaching a maximum amount where it plateaus, and then tapers off. This model helps to encourage workers to increase their hours and wages, without punishing them for earning too much. The credit also increases with the number of children in a family, maxing out at three children. Low-income workers without children are eligible for a very small credit, but majority of the benefit goes to adults with children.

The federal EITC in Montana

State EITCs across the nation

Because the EITC has been so successful at reducing poverty and encouraging work, 26 states and D.C. have enacted state versions set at a percent of the federal credit. The state credit helps to further support for low-income working families.

Montana’s families would likewise benefit from the Montana Working Families Credit. Two bills are making their way through the process – HB 391 and SB 156. Our legislature should act now to help improve the incomes of working families across the state.