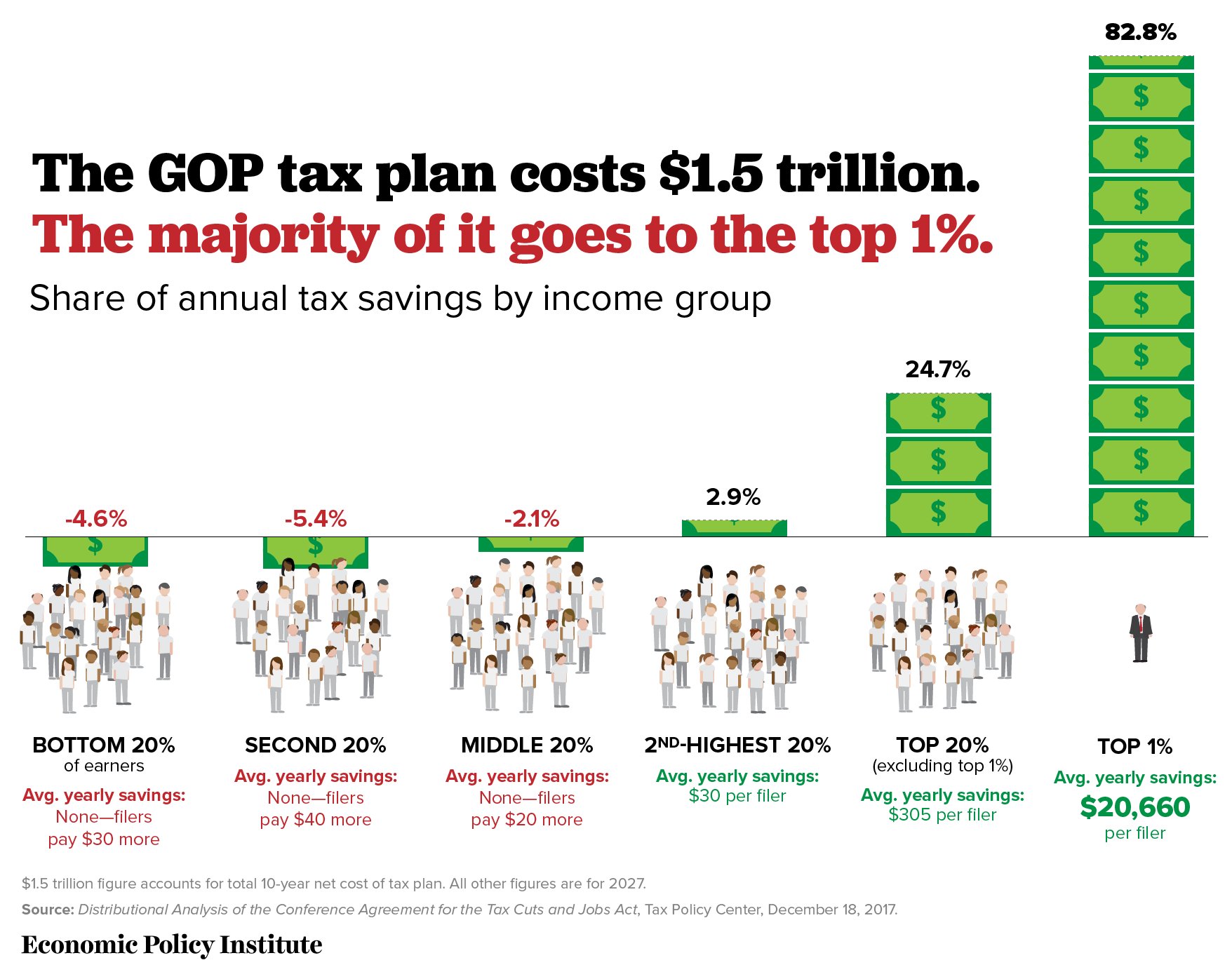 The final legislative text of the federal tax bill was released Friday, December 15th. The U.S. House and Senate both passed this bill on Tuesday, December 19th, with the House voting again on Wednesday, December 20th to fix procedural errors. It is headed to President Trump’s desk before the end of the week.

All in all, it is nothing more than an expensive giveaway to major corporations and wealthy households that offers little or nothing to most families and ultimately hurts many. It is no surprise that this is the most unpopular tax legislation in three decades.

Here is what the winners – the super wealthy and corporations – get this holiday season:

Here is what the losers – the rest of us – get: